In Central America, Health Workers and Communities Achieve Big Progress in the Fight against HIV 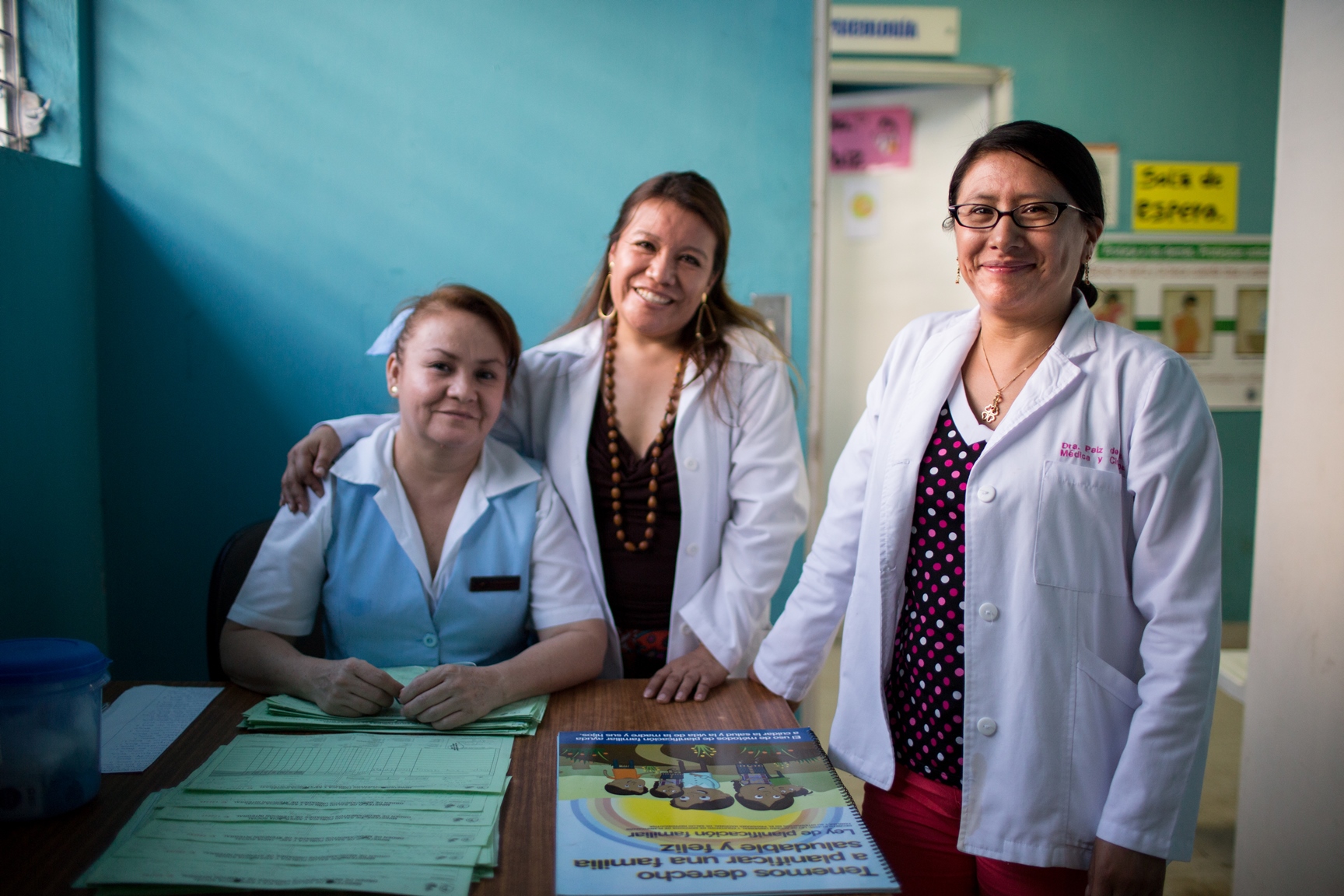 IntraHealth International is in the final months of an intensive two-and-a-half-year collaboration with government agencies, nongovernmental organizations, and civil society groups in El Salvador, Guatemala, Honduras, and Panama to accelerate progress toward reaching the UNAIDS Fast-Track targets and ending the AIDS epidemic—and the results from the first two years are striking. IntraHealth’s local partners administered 186,471 HIV tests, reached 35,599 people living with HIV with critical care and treatment, and drastically improved client adherence to antiretroviral therapy (ART) through our USAID Central America Capacity Plus (CAMPLUS) Project.

Central America’s epidemic is currently concentrated in key populations, such as men who have sex with men, transgender women, and sex workers. Stigma and discrimination, limited access to health care, and migration all make the region vulnerable to a growing epidemic that could threaten the region’s significant progress toward achieving the UNAIDS 90-90-90 goals (90% of HIV-positive people knowing their status, 90% of people diagnosed with HIV on ART, and 90% of clients on ART achieving viral load suppression by 2020).

Partnering with health workers and communities and giving them the tools to identify and address problems they’re best positioned to solve is what’s making a difference in reaching those most vulnerable.

“Violence in communities, stigma and discrimination, economic factors, and distance to facilities are just some of the many challenges that keep people in need of HIV services from getting them,” says Yadira Villasenor, IntraHealth’s regional director of Central America and chief of party of CAMPLUS. “Partnering with health workers and communities and giving them the tools to identify and address problems they’re best positioned to solve is what’s making a difference in reaching those most vulnerable.”

IntraHealth worked side by side with the countries’ ministries of health, national AIDS programs, health facilities and providers, and multisector community-based networks to strengthen both facility- and community-based approaches to reaching the UNAIDS targets and improving the lives of people living with HIV.

Together, we were able to:

The project achieved these results while also helping its local partners build better human resources management practices in health facilities, report on and use data for evidence-based decision making, and institutionalize an approach called Optimizing Performance and Quality (or OPQ), for identifying and addressing quality and performance gaps on an ongoing basis. Thirty-one health facilities across the four countries are now using OPQ to identify and fix performance issues.

IntraHealth began working with Belize, Costa Rica, El Salvador, Guatemala, and Panama to strengthen the region’s response to the HIV epidemic through the USAID Central America Capacity Plus (CAMPLUS) Project in 2011. In 2016, the project shifted its focus to helping El Salvador, Guatemala, Honduras, and Panama implement the Fast-Track Approach to ending the AIDS epidemic by 2030 and improving the lives of people living with HIV by implementing the Continuum of Care Cascade model. Results reported are from October 2015 – September 2017.

In Uganda, These Four Women Improve HIV Services for Hundreds of Clients

Listen to Nurses: Applause Is Not Enough

Dr. Mary Nandili: A Voice and Vision for Nursing Leadership

Nurse Leadership: In Their Own Words

We know that #nurses and #midwives will lead us toward an #AIDS-free generation. One way they're doing it? By provi… https://t.co/nHNE1bNxIh