It used to be where Kenyan health workers who stepped out of line were sent as punishment. But today, Turkana County has become the go-to place for health workers. Here's how it happened. 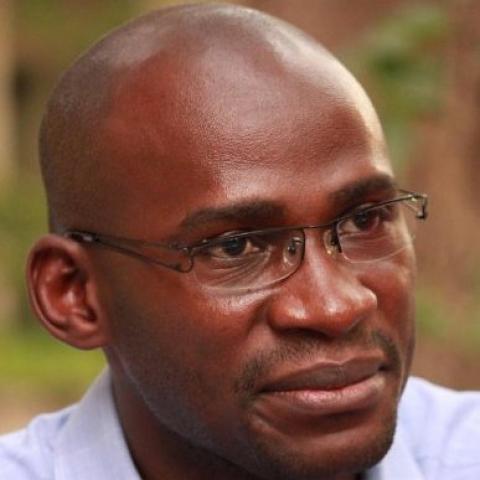 Kenya’s Turkana County is the largest in the country, roughly the size of Burundi, Rwanda, and Djibouti combined. It is also one of the poorest. Home to over 1.4 million people, including over 200,000 refugees from neighboring countries, Turkana County had for years some of Kenya’s worst human development indicators.

As recently as 2013, the average distance between health facilities was 50 kilometers (the World Health Organization’s recommended distance is 5 kilometers). There were only 270 health workers in the whole county, including a paltry 1 doctor per 70,000 people and one nurse per 5,200 (the WHO recommends 23 doctors, nurses and midwives per 10 000 population). HIV prevalence was 7.6%, much higher than the national average of 6%. Malaria, pneumonia, diarrhea, tapeworm, blinding trachoma, and guinea worm were common.

Under the previous national system, before health services were decentralized to the counties (a process called devolution), Turkana was where Kenyan health workers who stepped out of line were sent as punishment. Those posted there as new recruits would leave at the first opportunity. And those from the region who pursued medical training beyond Turkana’s borders found it difficult to go back. Of course, some persevered and made Turkana their home. But there was more pushing health workers away than pulling them in.

As a result, Turkana County’s health system was under immense pressure, and its communities suffered.

Then in the span of a few years, three things happened: Oil was discovered in Turkana, bringing some new prosperity to the region. Kenya underwent devolution, opening up the opportunity to bring health services closer to the people. And Turkana County adopted the incentive framework for attracting and retaining health workers, which was developed by IntraHealth International’s HRH Capacity Bridge project, in partnership with the national Ministry of Health.

The incentive framework aims to identify the essential strategies counties should put in place to attract and retain health workers, including: 1) improving working conditions, 2) making posts in undeveloped and hard-to-reach areas more attractive, 3) providing financial incentives, and 4) offering other types of incentives.

For the past two-and-a-half years, Kenya and the US Agency for International Development have invested heavily in the country’s health system through the Human Resources for Health Capacity Bridge project. And nowhere are the effects of those investments as clear as in Turkana.

Since 2013, Turkana County has reduced the distance between health facilities from 50 to 20 kilometers by converting 39 dispensaries into health centers, and building and equipping 90 new dispensaries. This means more people have access to health care and medicines closer to their homes—a major feat given that many in Turkana must walk to these services.

As a result, Chief Officer for Health Agnes Mana says, “we are saving lives, our people are happy, and it is saving the county on referrals.”

Over the course of the project, IntraHealth has worked with Turkana County to strengthen the management of its health workforce by:

Lodwar County Referral Hospital is one example of Turkana’s big changes. It is undergoing general renovation, replacing its asbestos roof, and replacing its manual laundry with a new automatic wash, dry, and iron machine.

The hospital’s new oxygen manufacturing plant can generate 2,240 liters per week—enough for the county and with capacity to export 50% to neighboring counties. This has lessened the burden of shipping oxygen from Kitale town and saves the county 40,000 Kenyan shillings (KES), or US$400, per month.

The maternity ward has been modernized. A gymnasium for clients’ rehabilitation has been built and is operational. And a powerful CT scan machine ensures that patients are not sent more than 400 kilometers away for scans, and that their diagnosis and treatment can start immediately. In less than three months, Lodwar Referral Hospital has performed more than 155 CT scans—a relief for clients who could otherwise not afford the referral costs.

And for the first time in history, Lodwar Referral Hospital has attracted dentists. It brought in two dental chairs and hired four dentists to provide dental care in Turkana County.

Throughout the county, ten ambulances have been distributed to sub-county health facilities. There are 15 motorbikes and 100 bicycles that community health workers use for outreach. And the county has rehabilitated all seven sub-county hospitals and built two drug warehouses to ensure facility staff have easy and timely access to supplies.

Lastly, the county built a new farewell home—or mortuary—in Lodwar town with an increased capacity of 66 bodies, up from 12. It is more efficient and modern, and the attendant’s training has been fully updated.

The Incentives: What It Takes to Attract and Retain Health Workers

Turkana County has transformed from a place where unruly staff are sent on disciplinary grounds into the go-to place for health workers. Between 80 and 90% of the health workforce there today are not originally from Turkana County.

Some of the incentives that have drawn new health workers to Turkana County include:

And innovative approaches such as medical camps are bringing in specialists to provide care temporarily, saving additional referral costs. The cost of a referral is usually KES 35,000 (US $350) while the cost of surgery is KES 100,000 (US $1000) per client. The county conducts 40-50 cases in a month, and avoiding those referrals has saved nearly KES 7.5 million (US$ 75,000) per month.

With these improvements in the health department, changes are evident, and will continue.

Dr. Gilchrist Lokoel is a Turkana County native, named after the doctor who delivered him there. He is a surgeon and operates in the same theatre in which he was born. He is also the director and chief executive officer at Lodwar Referral Hospital.

“The incentive framework has given us a roadmap through which we constructively engage our health workers to be motivated and become more productive,” he says. “And when the health worker is happy, it is transmitted to the client through quality of care.”

IntraHealth’s HRH Capacity Bridge Project is funded by the US Agency for International Development.